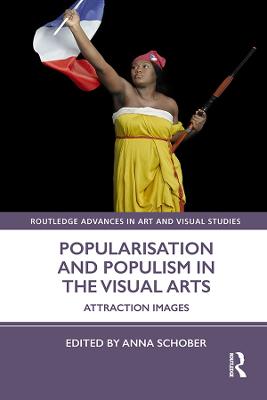 Popularisation and Populism in the Visual Arts: Attraction Images

Description - Popularisation and Populism in the Visual Arts: Attraction Images by Anna Schober

This book investigates the pictorial figurations, aesthetic styles and visual tactics through which visual art and popular culture attempt to appeal to "all of us". One key figure these practices bring into play-the "everybody" (which stands for "all of us" and is sometimes a "new man" or a "new woman")-is discussed in an interdisciplinary way involving scholars from several European countries. A key aspect is how popularisation and communication practices-which can assume populist forms-operate in contemporary democracies and where their genealogies lie. A second focus is on the ambivalences of attraction, i.e. on the ways in which visual creations can evoke desire as well as hatred.

A Preview for this title is currently not available.
More Books By Anna Schober
View All