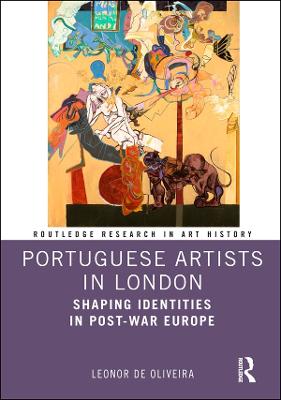 This book centres on four Portuguese artists' journeys between Portugal and Britain and aims at rethinking the cultural and artistic interactions in the post-war Europe, the shaping of new identities within a context of creative experimentalism and transnational dynamics and the artistic responses to political troubles.

Leonor de Oliveira examines the contributions of the work of Paula Rego, Barto dos Santos, Joao Cutileiro and Jorge Vieira, among other artists, to shape referential images of Portuguese identity that not only responded to the purpose of breaking with dominant iconographic and aesthetic representations but also incorporated a critical perspective on contemporaneity.

This title will appeal to scholars interested in art history, Portuguese and European art, and the mid-twentieth-century art scene.