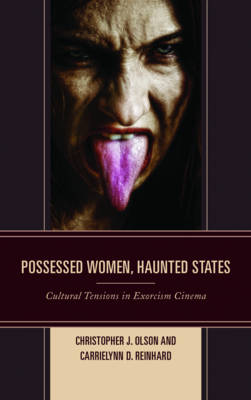 Since the release of The Exorcist in 1973, there has been a surge of movies depicting young women becoming possessed by a demonic force that only male religious figures can exorcise, thereby saving the women from eventual damnation. This book considers this history of exorcism cinema by analyzing how the traditional exorcism narrative, established in The Exorcist, recurs across the exorcism subgenre to represent the effects of demonic possession and ritual exorcism. This traditional exorcism narrative often functions as the central plot of the exorcism film, with only the rare film deviating from this structure.

The analysis presented in this book considers how exorcism films reflect, reinforce or challenge this traditional exorcism narrative. Using various cultural and critical theories, this book examines how representations of possession and exorcism reflect, reinforce or challenge prevailing social, cultural, and historical views of women, minorities, and homosexuals. In particular, exorcism films appear to explore tensions or fears regarding empowered and sexually active women, and frequently reinforce the belief that such individuals need to be subjugated and disempowered so that they no longer pose a threat to those around them. Even more recent films, produced after the emergence of third wave feminism, typically reflect this concern about women. Very rarely do exorcism films present empowered women and feminine sexuality as non-threatening. In examining this subgenre of horror films, this book looks at films that have not received much critical scrutiny regarding the messages they contain and how they relate to and comment upon the historical periods in which they were produced and initially received. Given the results of this analysis, this book concludes on the necessity to examine how possession and exorcism are portrayed in popular culture.

A Preview for this title is currently not available.
More Books By Christopher J. Olson
View All