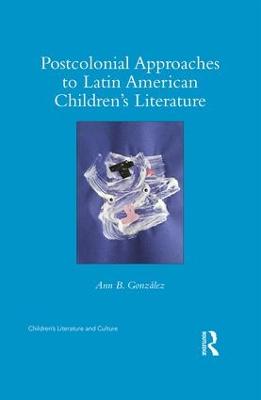 In this volume Gonzalez explores how the effects of a traumatic colonial experience are (re)presented to Latin American children today, almost two centuries after the dismantling of colonialism proper. Central to this study is the argument that the historical constraints of colonialism, neocolonialism, and postcolonialism have generated certain repeating themes and literary strategies in children's literature throughout the Spanish-speaking Americas. From the outset of Spanish domination, fundamental tensions emerged between the colonizers and native groups that still exist to this day. Rather than a felicitous mixing of these two opposing groups, the mestizo is caught between contrasting worldviews, contending explanations of reality, and different values, beliefs, and epistemologies (that is, different ways of seeing and knowing). Postcolonial subjects experience these contending cultural beliefs and practices as a double bind, a no-win situation, in which they feel pressured by mutually exclusive expectations and imperatives. Latin American mestizos, therefore, are inevitably conflicted. Despite the vastness of the geography in question and the innumerable variations in regional histories, oral traditions, and natural settings, these contradictory demands create a pervasive dynamic that penetrates the very fabric of society, showing up intentionally or not in the stories passed from generation to generation as well as in new stories written or adapted for Spanish-speaking children. The goal of this study, therefore, is to examine a variety of children's texts from the region to determine how national and hemispheric perceptions of reality, identity, and values are passed to the next generation. This book will appeal to scholars in the fields of Latin American literary and cultural studies, children's literature, postcolonial studies, and comparative literature.

A Preview for this title is currently not available.
More Books By Ann Gonzalez
View All