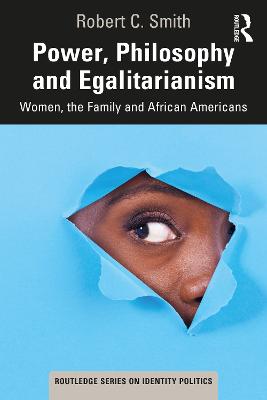 Power, Philosophy and Egalitarianism: Women, the Family and African Americans

In this book, Robert C. Smith presents a philosophical and empirical examination on the subordination of women and blacks in the United States.

Comparing liberalism-specifically the major social contract philosophies-and Marxism on the nature of the subordination of blacks and women and their proposals, if any, for women's and black liberation, Smith argues that sexual and racial equalitarianism in the United States is about politics and power. He begins with a discussion of the multiple meanings of politics and its relationship to power, and an analysis of nine power bases blacks and women should acquire and manipulate in order to advance a moral and substantive equalitarianism. These power bases include money, knowledge (including technology and information), religion, morality, authority, size/solidarity, charisma, violence and status. Smith concludes by making a moral case for racial and sexual equalitarianism and advocates for black leadership to use the power bases available to it to make reparations for the civil rights issue of the 21st century.

Power, Philosophy and Egalitarianism is an essential read for all those interested in race, women and politics today.

Other Editions - Power, Philosophy and Egalitarianism: Women, the Family and African Americans by Robert C. Smith 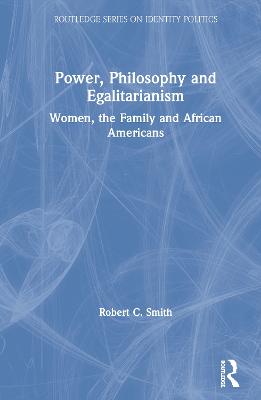 A Preview for this title is currently not available.
More Books By Robert C. Smith
View All