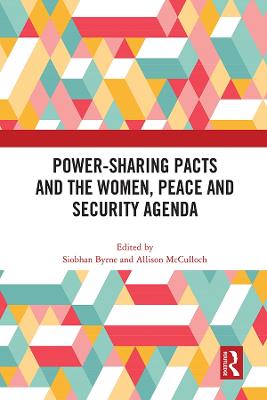 Power-Sharing Pacts and the Women, Peace and Security Agenda

Description - Power-Sharing Pacts and the Women, Peace and Security Agenda by Siobhan Byrne

Championed by national governments and international organizations over the last two decades, power-sharing and feminist scholars and practitioners tend to view them as opposing norms. Critics charge that power-sharing scholars cast gender as an inconsequential political identity that does not motivate people like ethnonationalism. From a feminist perspective, such thinking serves the interests of ethnicized elites while excluding women and other marginalized communities from key sites of political power. This edited volume takes a different tack: while recognizing the gender gaps that still exist in power-sharing theory and practice, contributors also emphasize the constructive engagements that can be built between ethnopolitical power-sharing and gender inclusion.

The chapters in this book were originally published as a special issue of the journal Nationalism and Ethnic Politics.