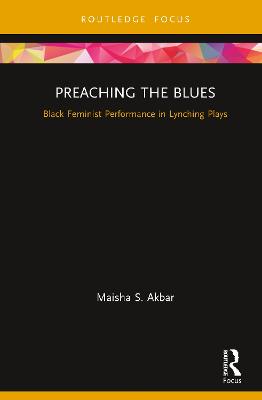 Maisha S. Akbar re-maps the study of lynching drama by examining plays that are contingent upon race-based settings in black households versus white households. She also discusses performances of lynching plays at Historically Black Colleges and Universities (HBCUs) in the South and reviews lynching plays closely tied to black school campuses. By focusing on current examples and impacts of lynching plays in the public sphere, this book grounds this historical form of theatre in the present day with depth and relevance.

Of interest to scholars and students of both general Theatre and Performance Studies, and of African American Theatre and Drama, Preaching the Blues foregrounds the importance of black feminist artists in lynching culture and interdisciplinary scholarship.

Other Editions - Preaching the Blues by Maisha S. Akbar 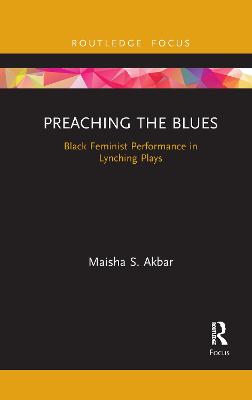 A Preview for this title is currently not available.
More Books By Maisha S. Akbar
View All