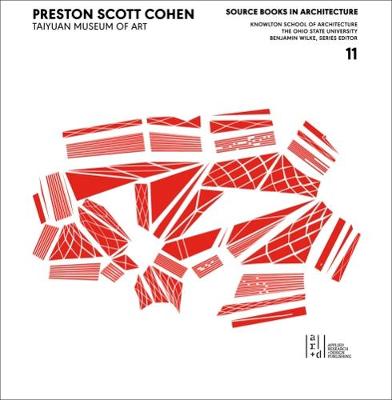 This book documents the creation of the Taiyuan Museum of Art: a geometric visual feast that seeks to redefine the structure of museums, galleries, and other public spaces. The architects behind this phenomenal project have described it as a building which "produces the impression of a unified sequence of spaces while at the same time giving visitors the freedom either to follow a path that is clearly defined by the architecture or to skip from one gallery to another in a non-linear fashion". This book embraces the ideas that generated the project through interviews with graduate students at the Knowlton School of Architecture, interviews with contemporary critics, and critical commentary from architects, designers, and colleagues of the architect. The design process is described in detail through drawings, diagrams and study models. AUTHOR: Scott Cohen is the Gerald M. McCue Professor in Architecture at Harvard University's Graduate School of Design, where he served as Chair of the Department of Architecture from 2008-2014. Benjamin Wilke is the editor of the Source Books in Architecture series, and an instructor at the Knowlton School of Architecture, where he leads design studios and runs seminars at the undergraduate and graduate level. SELLING POINTS: A study of a pioneering design that will revolutionise the way we occupy space in galleries and museums Features a number of interviews with high-profile architects, students, and critics who have been involved in the project 150 colour

A Preview for this title is currently not available.
More Books By Scott Cohen
View All