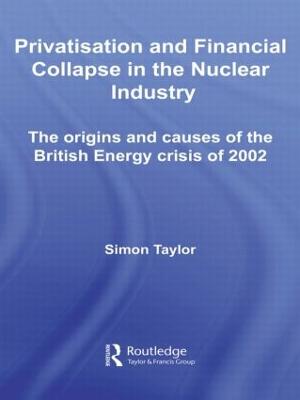 Privatisation and Financial Collapse in the Nuclear Industry

The Origins and Causes of the British Energy Crisis of 2002

A timely contribution and incisive analysis, this is the story of the British experiment in privatizing the nuclear power industry and its subsequent financial collapse. It tells how the UK's pioneering role in nuclear power led to bad technology choices, a badly flawed restructuring of the electricity industry and the end of government support for nuclear power.

In this volume Simon Taylor has combined interviews with former executives, regulators and analysts with his own unique insight into the nuclear industry to provide an analysis of the origins of the crisis and the financial and corporate strategies used by British Energy plc.

Arguing that the stock market was a major factor in the company's collapse by misunderstanding its finances, over-valuing the shares and giving wrong signals to management and that the government policy of trying to put all responsibility for nuclear liabilities in the hands of the private sector was neither credible nor realistic. The book concludes that failure was not inevitable but resulted from a mixture of internal and external causes that casts doubt on the policy of combining a wholly nuclear generator with liberalized power markets.

This book will be of great interest to students engaged with the history of nuclear power in the UK, privatization, regulation and financial and corporate strategy, as well as experts, policy makers and strategists in the field. 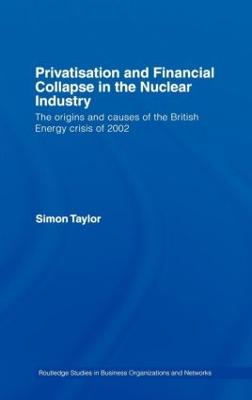 A Preview for this title is currently not available.
More Books By Simon Taylor
View All