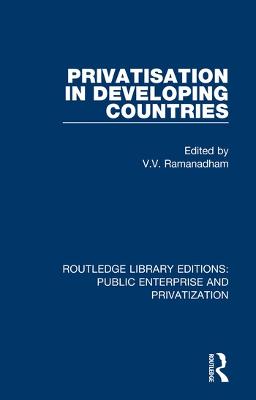 It is widely felt that the public sector in many developing countries is too large, and that privatisation would benefit both the users of individual services and the economy in general. However, enthusiasm for private enterprise solutions is not always matched by the requisite financial and economic technology. The sort of schemes appropriate for a country like China, with its highly planned public sector economy, and Jordan, with its dominant private sector, are unlikely to be the same. Privatisation without reference to these differences will be an economic, administrative and organisational chaos rather than a panacea.

Originally published in 1989, this book starts with an analysis on the concept, rationale and fundamental issues of privatisation, with reference to both developed and developing countries. There follows a critical scrutiny of the privatisation programmes of countries in Asia, Africa and Latin America, written by contributors actively concerned with public enterprise and privatisation at the time. It examines the role of international aid agencies, including the World Bank, in promoting the schemes and it details the positive impact of them as well as their pitfalls. These country accounts are complemented by a concluding chapter giving an overview of the substantial issues raised.

Other Editions - Privatisation in Developing Countries by V. V. Ramanadham 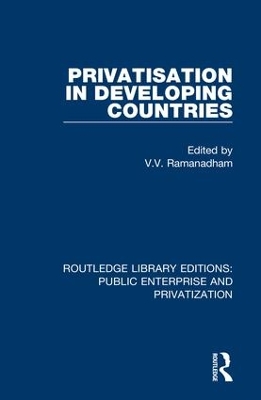 A Preview for this title is currently not available.
More Books By V. V. Ramanadham
View All