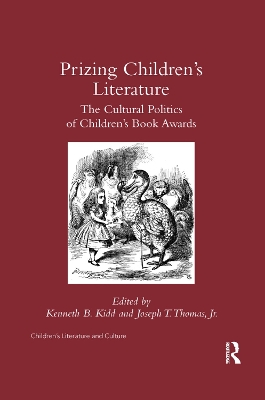 Children's book awards have mushroomed since the early twentieth-century and especially since the 1960s, when literary prizing became a favored strategy for both commercial promotion and canon-making. There are over 300 awards for English-language titles alone, but despite the profound impact of children's book awards, scholars have paid relatively little attention to them. This book is the first scholarly volume devoted to the analysis of Anglophone children's book awards in historical and cultural context. With attention to both political and aesthetic concerns, the book offers original and diverse scholarship on prizing practices and their consequences in Australia, Canada, and especially the United States. Contributors offer both case studies of particular awards and analysis of broader trends in literary evaluation and elevation, drawing on theoretical work on canonization and cultural capital. Sections interrogate the complex and often unconscious ideological work of prizing, the ongoing tension between formalist awards and so-called identity-based awards - all the more urgent in light of the "We Need Diverse Books" campaign - the ever-morphing forms and parameters of prizing, and scholarly practices of prizing. Among the many awards discussed are the Pura Belpre Medal, the Inky Awards, the Canada Governor General Literary Award, the Printz Award, the Best Animated Feature Oscar, the Phoenix Award, and the John Newbery Medal, giving due attention to prizes for fiction as well as for non-fiction, poetry, and film. This volume will interest scholars in literary and cultural studies, social history, book history, sociology, education, library and information science, and anyone concerned with children's literature.

Other Editions - Prizing Children's Literature: The Cultural Politics of Children's Book Awards by Kenneth B. Kidd 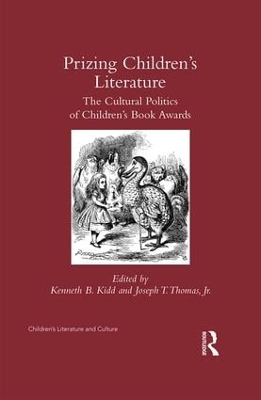 A Preview for this title is currently not available.
More Books By Kenneth B. Kidd
View All