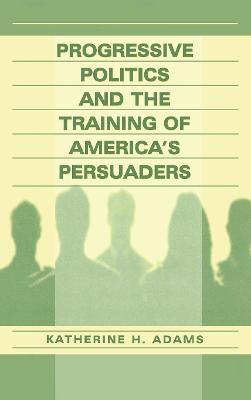 Progressive Politics and the Training of America's Persuaders

This book chronicles the creation of an advanced curriculum in speaking and writing during the Progressive era and the impact of that curriculum on public discourse. Many recent studies have surveyed freshman writing instruction in the 19th and early 20th centuries, pointing to an increasingly rule-bound course intended to insure the basic literary skills of students pursuing a variety of majors. Historians, however, have not focused on advanced writing instruction, on its methodologies, cultural purposes or effect on modern discourse. At the beginning of the 20th century, Progressive reformers set up a curriculum in journalism, public relations and creative writing, to fulfill their own purposes: well-trained rhetors could convince the citizenry to accept Progressive thinking on monopolies and unions and to elect reform candidates. Although Progressive politicians and educators envisioned these courses and majors as forwarding their own goals, they could not control the intentions of the graduates thus trained or the employers who hired them.
The period's vast panorama of rhetoric revealed the new national power of propaganda and the media, especially when wielded by college-trained experts imbued with the Progressive tradition of serving a cause and insuring social betterment. 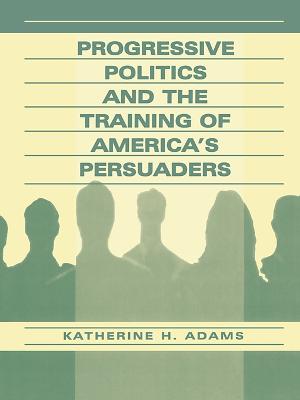 A Preview for this title is currently not available.
More Books By Katherine Adams
View All