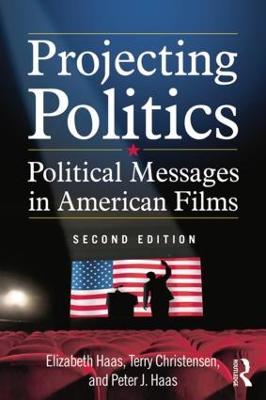 The new edition of this influential work updates and expands the scope of the original, including more sustained analyses of individual films, from The Birth of a Nation to The Wolf of Wall Street. An interdisciplinary exploration of the relationship between American politics and popular films of all kinds-including comedy, science fiction, melodrama, and action-adventure-Projecting Politics offers original approaches to determining the political contours of films, and to connecting cinematic language to political messaging. A new chapter covering 2000 to 2013 updates the decade-by-decade look at the Washington-Hollywood nexus, with special areas of focus including the post-9/11 increase in political films, the rise of political war films, and films about the 2008 economic recession. The new edition also considers recent developments such as the Citizens United Supreme Court decision, the controversy sparked by the film Zero Dark Thirty, newer generation actor-activists, and the effects of shifting industrial financing structures on political content. A new chapter addresses the resurgence of the disaster-apocalyptic film genre with particular attention paid to its themes of political nostalgia and the turn to global settings and audiences. Updated and expanded chapters on nonfiction film and advocacy documentaries, the politics of race and African-American film, and women and gender in political films round out this expansive, timely new work.

A companion website offers two additional appendices and further materials for those using the book in class.

A Preview for this title is currently not available.
More Books By Elizabeth Haas
View All