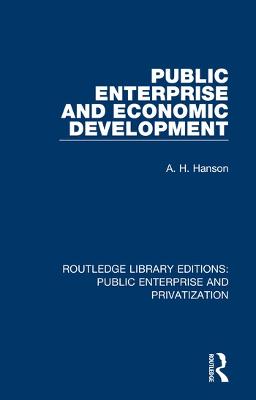 Description - Public Enterprise and Economic Development by A. H. Hanson

Originally published in 1959, the subject of this book is an aspect of economic development which, despite its importance, had rarely attracted more than incidental attention at the time. The author's interest in public enterprise in underdeveloped countries was stimulated by a year's residence in Turkey. He felt the time had come for a general comparative study. Defining comparative as (1) between developed and underdeveloped countries, and (2) between different underdeveloped countries at dissimilar stages of development or with dissimilar development perspectives. The purpose of the first is to discover what the developed can offer the underdeveloped by way of adaptable experience and relevant ideas; that of the second to examine the use of public enterprise in the many different social, economic and political contexts to be found in the less advanced parts of the world.

Other Editions - Public Enterprise and Economic Development by A. H. Hanson 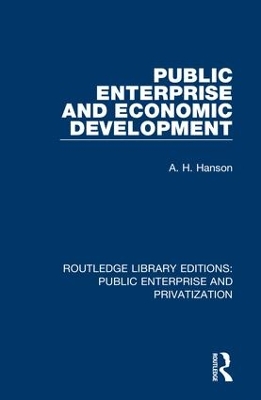 A Preview for this title is currently not available.
More Books By A. H. Hanson
View All