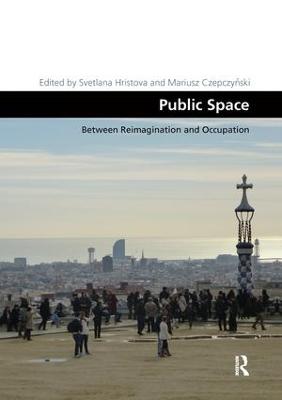 Public Space: Between Reimagination and Occupation

Description - Public Space: Between Reimagination and Occupation by Svetlana Hristova

Public Space: Between Reimagination and Occupation examines contemporary public space as a result of intense social production reflecting contradictory trends: the long-lasting effects of the global crisis, manifested in supranational trade-offs between political influence, state power and private ownership; and the appearance of global counter-actors, enabled by the expansion of digital communication and networking technologies and rooted into new participatory cultures, easily growing into mobile cultures of protest.

The highlighted cases from Europe, Asia, Africa and North America reveal the roots of the pre-crisis processes of redistribution of capital and power as an aspect of the transition from the consumerist past into the post-consumerist present, by tracing the slow growth of social discontent that has led only a few years later to the mobilization of a new kind of self-conscious globally-acting class.

This edited volume brings together a broad range of interdisciplinary discussions and approaches, providing sociologists, cultural geographers, and urban planning academics and students with an opportunity to explore the various social, cultural, economic and political factors leading to reappropriation and reimagination of the urban commons in the cities within which we live.

Other Editions - Public Space: Between Reimagination and Occupation by Svetlana Hristova 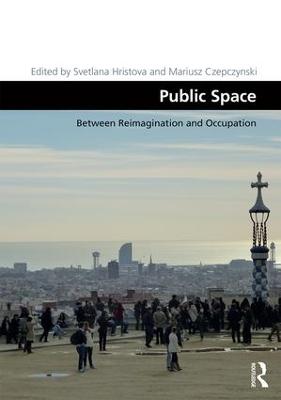 A Preview for this title is currently not available.
More Books By Svetlana Hristova
View All