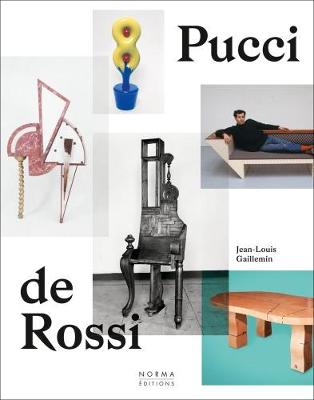 An artist-designer who defies classification, Pucci de Rossi (1947-2013) was a pillar of the European art scene in the 1980s. Originally from Verona, and trained by the American sculptor H. B. Walker, Pucci de Rossi created his first pieces by assembling wooden furniture to make some rather odd-looking and unstable forms, somewhere between thrones and time machines. "My profession was a game to me," he once remarked. "I was cutting, I was making, I was inventing." His first designs, steeped in poetry and humour, recalled the minimalism of Arte Povera as much as Studio Memphis' neobaroque. Jewellery, furniture, sculpture, painting: Pucci's universe knew no limits except those of his own imagination. In his hands, even the most modest materials transcended themselves to become works of great visual and functional power. This was soon recognised; after 1985 he regularly exhibited in Paris, and in New York at the gallery Neotu, founded by Pierre Staudenmeyer. Some of his most notable accomplishments involve designing the layout for the Barbara Bui boutique in Paris, and the palace of the auctioneer Jean-Claude Binoche in Venice.In the 1990s his work was on display at the Downtown Gallery, and in 1994-1995 he collaborated with the CIRVA in Marseille. Shortly prior to his death, Jacques-Antoine Granjon, one of his most faithful collectors, commissioned a sketch for the frontage of the VentePrivee.com building in La Plaine-Saint-Denis. Baptized 'Verona', the metallic skin covering the facade, which was inspired by that drawing, pays tribute to him today. Pucci de Rossi created more than 900 pieces during his lifetime; this book gives him the commemoration he deserves. 600 colour, 300 b/w images

A Preview for this title is currently not available.
More Books By Nancy Huston
View All