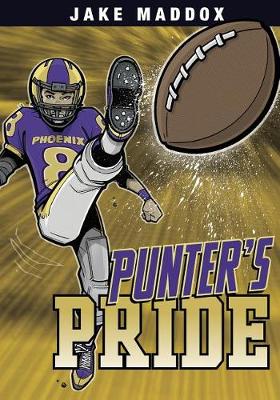 Nolan is a fiery fellow with a lot to say as he campaigns hard as a student council president elect hopeful. In his spare time he's the punter and emergency third-string quarterback for the football team. But when the first two QBs go down with injury, Nolan is suddenly thrust onto center stage in more ways than one. Ages 8 to 11 AUTHOR: When Sean Tiffany was growing up, he lived on a small island off the coast of Maine. Every day, from sixth grade until he graduated from high school, he had to take a boat to get to school. When Sean isn't working on his art, he works on a multimedia project called "OilCan Drive," which combines music and art. He has a pet cactus named Jim. SELLING POINTS: Over 1.5 million copies sold in the Jake Maddox series Perfect for fans of the Matt Christopher series Fictional sports stories that young readers can identify with