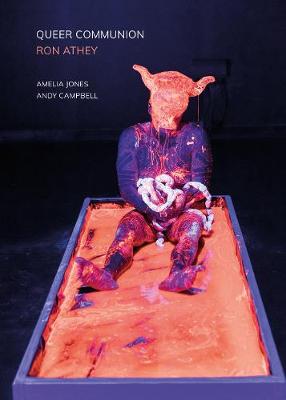 Ron Athey is one of the most important, prolific, and influential performance artists of the past four decades. A singular example of lived creativity, his radical performances are odds with the art worlds and art marketplaces that have increasingly dominated contemporary art and performance art over the period of his career.

Queer Communion, an exploration of Athey's career, refuses the linear narratives of art discourse and instead pays homage to the intensities of each mode of Athey's performative practice and each community he engages. Emphasizing the ephemeral and largely uncollectible nature of his work, the book places Athey's own writing at its center, turning to memoir, memory recall, and other modes of retrieval and narration to archive his performances.

In addition to documenting Athey's art, ephemera, notes, and drawings, the volume features commissioned essays, concise "object lessons" on individual objects in the Athey archive, and short testimonials by friends and collaborators by contributors including Dominic Johnson, Amber Musser, Julie Tolentino, Ming Ma, David Getsy, Alpesh Patel, and Zackary Drucker, among others. Together they form Queer Communion, a counter history of contemporary art.

A Preview for this title is currently not available.
More Books By Amelia Jones
View All