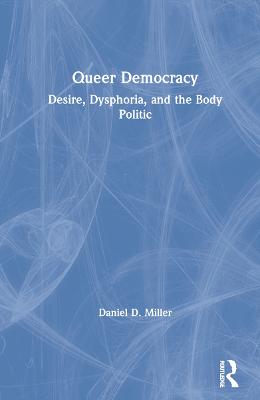 Queer Democracy undertakes an interdisciplinary critical investigation of the centuries-old metaphor of society as a body, drawing on queer and transgender accounts of embodiment as a constructive resource for reimagining politics and society.

Daniel Miller argues that this metaphor has consistently expressed a desire for social and political order, grounded in the social body's imagined normative shape or morphology. The consistent result, from the "concord" discourses of the pre-Christian Stoics, all the way through to contemporary nationalism and populism, has been the suppression of any dissent that would unmake the social body's presumed normativity. Miller argues that the conception of embodiment at the heart of the metaphor is a fantasy, and that negative social and political reactions to dissent represent visceral, dysphoric responses to its reshaping of the social body. He argues that social body's essential queerness, defined by fluidity and lack of a fixed morphology, spawns queer democracy, expressed through ongoing social and political practices that aim to extend liberty and equality to new social domains.

Queer Democracy articulates a new departure for the ongoing development of theoretical articulations linking queer and trans theory with political theory. It will appeal to both academic and non-academic readers engaged in research on political theory, populism, US religion, gender studies, and queer studies. 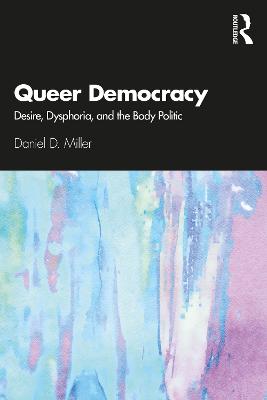 A Preview for this title is currently not available.
More Books By Daniel D. Miller
View All