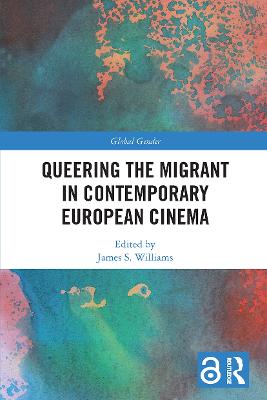 This exciting and original volume offers the first comprehensive critical study of the recent profusion of European films and television addressing sexual migration and seeking to capture the lives and experiences of LGBTIQ+ migrants and refugees.

Queering the Migrant in Contemporary European Cinema argues that embodied cinematic representations of the queer migrant, even if at times highly ambivalent and contentious, constitute an urgent new repertoire of queer subjectivities and socialities that serve to undermine the patrolled borders of gender and sexuality, nationhood and citizenship, and refigure or queer fixed notions and universals of identity like 'Europe' and national belonging based on the model of the family. At stake ethically and politically is the elaboration of a 'transborder' consciousness and aesthetics that counters the homonationalist, xenophobic and homo/trans-phobic representation of the 'migrant to Europe' figure rooted in the toxic binaries of othering (the good vs bad migrant, host vs guest, indigenous vs foreigner).

Bringing together 16 contributors working in different national film traditions and embracing multiple theoretical perspectives, this powerful and timely collection will be of major interest to both specialists and students in Film and Media Studies, Gender and Queer Studies, Migration/Mobility Studies, Cultural Studies, and Aesthetics.

Other Editions - Queering the Migrant in Contemporary European Cinema by James S. Williams 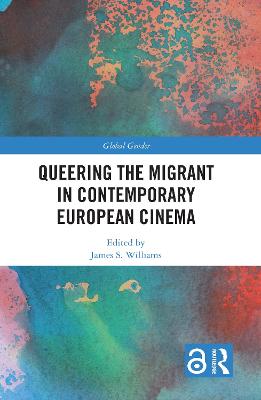 A Preview for this title is currently not available.
More Books By James S. Williams
View All