The Remarkable Story of the Traits, Foibles, and Genius of Breakthrough Innovators Who Changed the World

Description - Quirky by Melissa A Schilling

From historical figures such as Marie Curie to contemporaries such as Steve Jobs, a handful of innovators have changed the world. What made them so spectacularly inventive? Melissa A. Schilling, one of the world's leading experts on innovation, looks at the lives of seven creative geniuses--Albert Einstein, Benjamin Franklin, Elon Musk, Dean Kamen, Nicola Tesla, Curie, and Jobs--to identify the traits and quirks that led them to become breakthrough innovators.Though all innovators possess incredible intellect, intellect alone does not create a serial innovator. There are other very strong commonalities: for instance, nearly all exhibit very high levels of social detachment. They all have extreme, almost maniacal, faith in their ability to overcome obstacles. And they have a passionate idealism that pushes them to work with intensity even in the face of criticism or failure. These individual traits would be unlikely to work in isolation--being unconventional without having high levels of confidence and direction, for example, might result in rebellious behavior that does not lead to meaningful innovation.Schilling reveals the science behind the convergence of traits that increases the likelihood of success, and shows us how to nurture and facilitate breakthrough innovation in our own lives.

Other Editions - Quirky by Melissa A Schilling 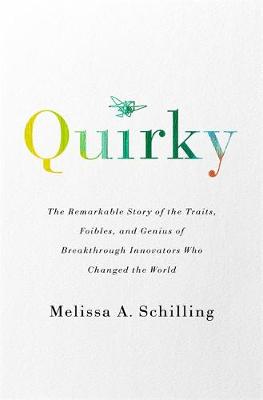 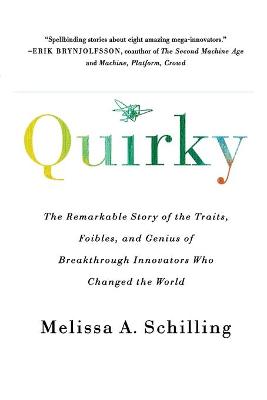 A Preview for this title is currently not available.
More Books By Melissa A Schilling
View All

Quirky: The Remarkable Story of the Traits, Foibles, and Genius of Breakthrough Innovators Who Changed the World
Melissa A Schilling
Paperback , Apr '20
RRP: $14.99 $13.49