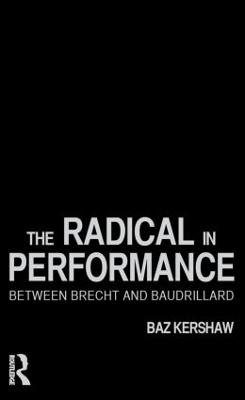 The Radical in Performance

Between Brecht and Baudrillard

Description - The Radical in Performance by Baz Kershaw

The Radical in Performance interrogates the crisis in contemporary theatre, and celebrates the subversive in performance. It is the first full-length study to explore the link between a western theatre culture which, says Kershaw, is largely 'past its sell-by-date' and the blossoming of performance in the postmodern, much of which has a genuinely radical edge. In staying determinedly poised between Brecht and Baudrillard, modernity and postmodernism, Baz Kershaw identifies crucial resources for the revitalisation of the radical across a wide spectrum of cultural practices. He asks, what next, once political theatre is all but dead, smothered by the promiscuity of the political in postmodern culture? This is a timely, necessary and rigorous book. It will be a compelling read for anyone searching for a critical catalyst for new ways of viewing and doing cultural politics.

Other Editions - The Radical in Performance by Baz Kershaw 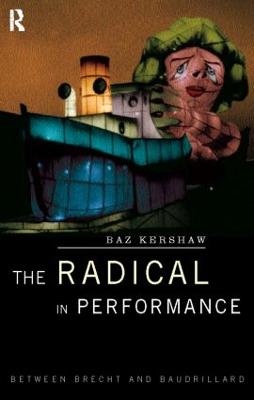 A Preview for this title is currently not available.
More Books By Baz Kershaw
View All