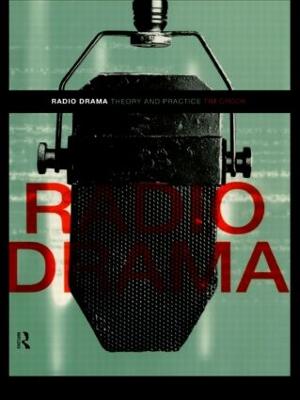 Radio Drama brings together the practical skills needed for radio drama, sucha s directing, writing and sound design, with media history and communication theory. From the early audio broadcasts of 1914 and the development of General Electric's New York WGY station in 1922, through Orson Welles' startling Halloween broadcast of War of the Worlds in 1938, to more recent radio spoofs and the subversive challenge from 'media guerillas', Tim Crook explores the history and contemporary practice of radio drama. Challenging the belief that sound drama is a 'blind medium', Radio Drama shows how experimentation in radio narrative has blurred the dividing line between fiction and reality in modern media. Using extracts from scripts and analysing radio broadcasts from America, Britain, Canada and Australia, the book explores the practicalities of producing drama for radio. Tim Crook illustrates how far radio drama has developed sinc the first 'audiophonic production' and evaluates the future of radio drama in the age of live phone-ins and immediate access to programmes on the Internet.

A Preview for this title is currently not available.
More Books By Tim Crook
View All