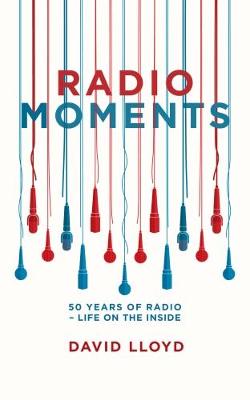 50 Years of Radio - Life on the Inside

In the 1970s, '80s, and '90s, Britain witnessed what many in the business saw as the second great age of radio. It was a period when FM radio blossomed and local stations opened and broadcast across the land. It was a step away from the output of the national broadcaster, the BBC, which had held a monopoly on the airways since its inception. Broadcaster, station manager, and regulator for over forty years, David Lloyd was very much a part of this revolution and is, amongst his peers, well placed to tell that story.

In his aim to create a timeline of radio of this era through to the present day, to capture those heady days, the characters, the fun and heartache, life on the air, life off the air, Lloyd describes the period as one of innovation. Told with the insight of an insider, with his characteristic wit, and with a huge dollop of nostalgia, David Lloyd brings to life a unique age in broadcasting in this fascinating account.

A Preview for this title is currently not available.
More Books By David Lloyd
View All

The Wonderful, Surprizing and Uncommon Voyages and Adventures of Captain Jones, to Patagonia. ... the Second Edition.
David Lloyd
Paperback , May '10
RRP: $38.52 $34.67

The Legend of Captaine Jones: Relating His Adventure to Sea, His First Landing, and Strange Combat with a Mighty Beare: His Furious Battell with His Six and Thirty Men, Against the Army of Eleven Kings, with Their Overthtow [Sic] and Deaths, His...
David Lloyd
Paperback , Feb '12
RRP: $40.69 $36.62