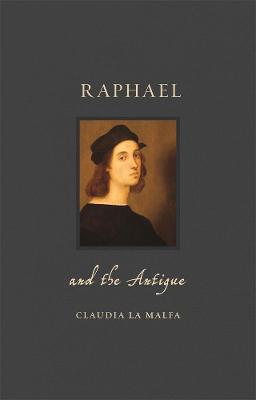 Raphael and the Antique

Description - Raphael and the Antique by Claudia La Malfa

The Renaissance artist Raphael is known for his extraordinary frescoes, his sublime Madonnas, devotional altarpieces, architectural designs, and his inventive prints and tapestries. It was his use of ancient Roman models - classical sculptures, reliefs and paintings - that formed his much admired classical style, and influenced the styles of many later artists.

In Raphael and the Antique Claudia La Malfa gives a full account of Raphael's prodigious career, from central Italy when he was 17 years old, to Perugia, Siena and Florence, where he first met with Leonardo and Michelangelo, to Rome where he became one of the most feted artists of the Renaissance. This book focuses and highlights Raphael's re-invention of classical models, his draughtsmanship and his concept of art, which he pursued and was still striving to perfect at the time of his death aged only 37, in 1520.