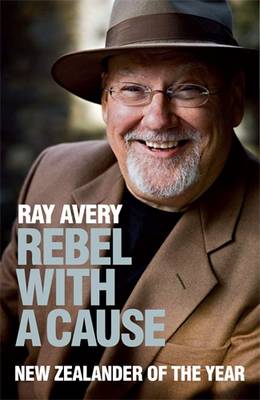 Rebel With A Cause

Description - Rebel With A Cause by Ray Avery

Bestselling memoir of a true Kiwi hero whose can-do attitude is changing lives in the third world.

Bestselling memoir of a true Kiwi hero whose can-do attitude is changing lives in the third world.

Sir Ray Avery's story from childhood neglect to scientist, leader and philanthropist is riveting. He was the inaugural Kiwibank New Zealander of the Year in 2010 and the recipient of the Sir Peter Blake Medal for Leadership 2010, and was knighted in 2011.

As a scientist and businessman, he has invented inexpensive lenses for cataract sufferers, low-cost and effective incubators for babies, and a number of other creative scientific and medicinal solutions for the third world.

Sir Ray encourages other talented people to get on board and tackle some of the really big problems confronting the poor in developing countries.

Rebel With a Cause is fascinating, deeply moving and, at times, very funny. Above all, it's an engaging read about how one man truly can change the world.

'The remarkable story of one of the most extraordinary lives ever lived - and one gets the sense that he's only just getting started. Mr Ray is one of the reasons it's so cool to live in New Zealand.' - Oscar Kightley

'Ray Avery is a remarkable individual who overcame the odds to become an inspiration to all New Zealanders. This is a man who believed in himself and rose above his circumstances to attain excellence.' - Prime Minister, John Key, presenting the Kiwibank New Zealander of the Year award

Buy Rebel With A Cause by Ray Avery from Australia's Online Independent Bookstore, BooksDirect.

Other Editions - Rebel With A Cause by Ray Avery 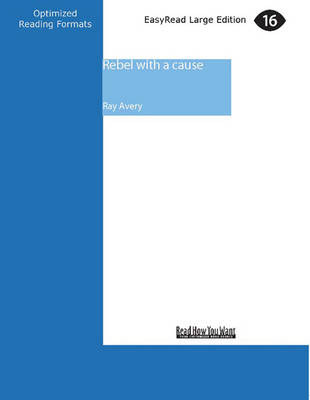