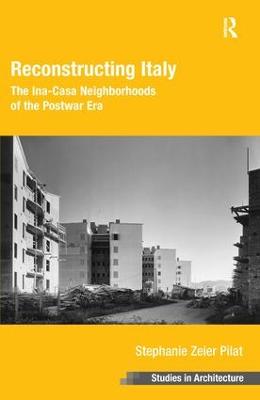 The Ina-Casa Neighborhoods of the Postwar Era

Reconstructing Italy traces the postwar transformation of the Italian nation through an analysis of the Ina-Casa plan for working class housing, established in 1949 to address the employment and housing crises. Government sponsored housing programs undertaken after WWII have often been criticized as experiments that created more social problems than they solved. The neighborhoods of Ina-Casa stand out in contrast to their contemporaries both in terms of design and outcome. Unlike modernist high-rise housing projects of the period, Ina-Casa neighborhoods are picturesque and human-scaled and incorporate local construction materials and methods resulting in a rich aesthetic diversity. And unlike many other government forays into housing undertaken during this period, the Ina-Casa plan was, on the whole, successful: the neighborhoods are still lively and cohesive communities today. This book examines what made Ina-Casa a success among so many failed housing experiments, focusing on the tenuous balance struck between the legislation governing Ina-Casa, the architects who led the Ina-Casa administration, the theory of design that guided architects working on the plan, and an analysis of the results-the neighborhoods and homes constructed. Drawing on the writings of the architects, government documents, and including brief passages from works of neorealist literature and descriptions of neorealist films by Pier Paolo Pasolini, Italo Calvino and others, this book presents a portrait of the postwar struggle to define a post-Fascist Italy. A Preview for this title is currently not available.
More Books By Stephanie Zeier Pilat
View All