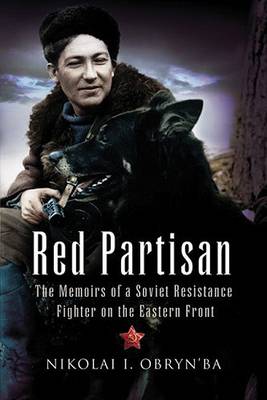 The Memoirs of a Soviet Resistance Fighter on the Eastern Front

The epic Second World War battles between Nazi Germany and the Soviet Union are the subject of a vast literature, but little has been published in English on the experiences of ordinary individuals - civilians and soldiers - who were sucked into a bitter conflict that marked their lives forever. Their struggle for survival, and their resistance to the brutality of the invaders in the occupied territories, is one of the great untold stories of the war, and that is why Nikolai Obryn'ba's unforgettable, intimate memoir is of such value. The author vividly recalls the German advance, being taken prisoner, the horrors of the prison camps and his escape, his experiences fighting behind German lines as a partisan, and the world of suffering and tragedy he saw around him. His perceptive, uncompromising account gives a memorable insight into the everyday reality of war on the Eastern Front. A Preview for this title is currently not available.
More Books By Nikolai Obryn'ba
View All