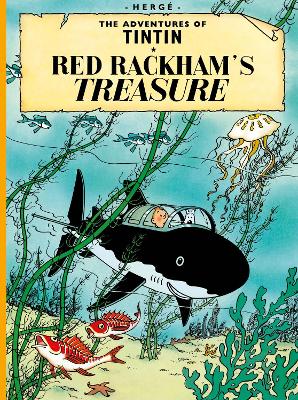 One of the most iconic characters in children's books

Herge's classic comic book creation Tintin is one of the most iconic characters in children's books. These highly collectible editions of the original 24 adventures will delight Tintin fans old and new. Perfect for lovers of graphic novels, mysteries and historical adventures.
The world's most famous travelling reporter sets out in search of Red Rackham's treasure.

Determined to find the treasure of the notorious pirate Red Rackham, Tintin and Captain Haddock set sail aboard the Sirius to find the shipwreck of the Unicorn. With the help of an ingenious shark-shaped submarine, Tintin follows the clues deep down on this ocean adventure.

Join the most iconic character in comics as he embarks on an extraordinary adventure spanning historical and political events, and thrilling mysteries. Still selling over 100,000 copies every year in the UK and having been adapted for the silver screen by Steven Spielberg and Peter Jackson in 2011.

The Adventures of Tintin continue to charm more than 80 years after they first found their way into publication. Since then an estimated 230 million copies have been sold, proving that comic books have the same power to entertain children and adults in the 21st century as they did in the early 20th.

Herge (Georges Remi) was born in Brussels in 1907. Over the course of 54 years he completed over 20 titles in The Adventures of Tintin series, which is now considered to be one of the greatest, if not the greatest, comics series of all time.

Have you collected all the graphic novel adventures? 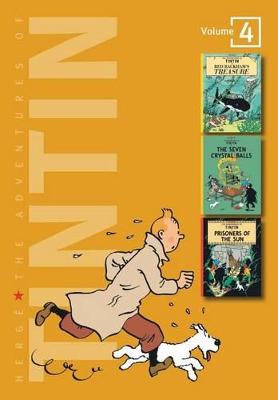