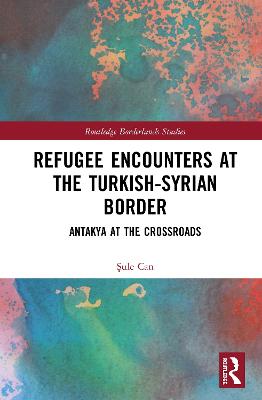 Refugee Encounters at the Turkish-Syrian Border: Antakya at the Crossroads

Description - Refugee Encounters at the Turkish-Syrian Border: Antakya at the Crossroads by Sule Can

The Turkish-Syrian borderlands host almost half of the Syrian refugees, with an estimated 1.5 million people arriving in the area following the outbreak of the Syrian civil war. This book investigates the ongoing negotiations of ethnicity, religion and state at the border, as refugees struggle to settle and to navigate their encounters with the Turkish state and with different sectarian groups.

In particular, the book explores the situation in Antakya, the site of the ancient city of Antioch, the "cradle of civilizations", and now populated by diverse populations of Arab Alawites, Christians and Sunni-Turks. The book demonstrates that urban refugee encounters at the margins of the state reveal larger concerns that encompass state practices and regional politics. Overall, the book shows how and why displacement in the Middle East is intertwined with negotiations of identity, politics and state. Faced with an environment of everyday oppression, refugees negotiate their own urban space and "refugee" status, challenging, resisting and sometimes confirming sectarian boundaries.

This book's detailed analysis will be of interest to anthropologists, geographers, sociologists, historians, and Middle Eastern studies scholars who are working on questions of displacement, cultural boundaries and the politics of civil war in border regions.

Buy Refugee Encounters at the Turkish-Syrian Border: Antakya at the Crossroads by Sule Can from Australia's Online Independent Bookstore, BooksDirect.

Other Editions - Refugee Encounters at the Turkish-Syrian Border: Antakya at the Crossroads by Sule Can 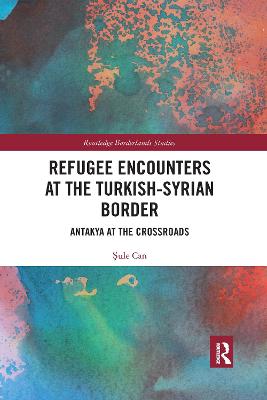 A Preview for this title is currently not available.
More Books By Sule Can
View All