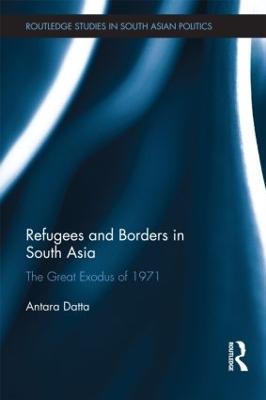 Refugees and Borders in South Asia

Description - Refugees and Borders in South Asia by Antara Datta

The crisis in East Pakistan in 1971, which preceded the birth of Bangladesh, led to ten million refugees crossing the border into India. This book argues that this massive influx of refugees within a few short months changed ideas about citizenship and belonging in South Asia.

The book looks at how the Indian state, while generously keeping its borders open to the refugees, made it clear that these refugees were different from those generated by Partition, and would not be allowed to settle permanently. It discusses how the state was breaking its 'effective' link between refugees and citizenship, and how at the same time a second 'affective' border was developing between those living in the border areas, especially in Assam and West Bengal. Moving beyond the refugee narratives created by Partition, this book argues that these 'effective' and 'affective' borders generated by the refugee crisis in 1971 form part of the longer historical trajectory of the current political debate regarding 'illegal infiltration' from Bangladesh . It goes on to analyse the aftermath of the 1971 war and the massive repatriation project undertaken by the governments of India, Pakistan and Bangladesh to examine ways in which questions about minorities and belonging remained unresolved post-1971.

The book is an interesting contribution to the history of refugees, border-making and 1971 in South Asia, as well as to studies in politics and international relations.

Other Editions - Refugees and Borders in South Asia by Antara Datta 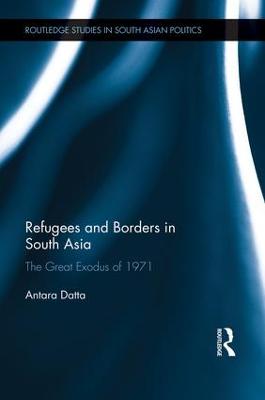 A Preview for this title is currently not available.
More Books By Antara Datta
View All