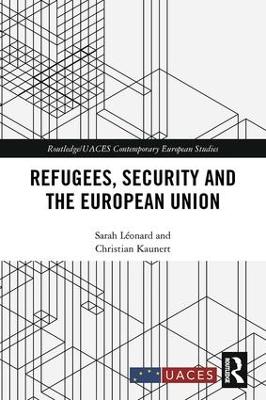 Refugees, Security and the European Union

Description - Refugees, Security and the European Union by Sarah Leonard

This book analyses the extent and the modalities of the securitization of asylum-seekers and refugees in the EU.

It argues that the development of the EU asylum policy, far from 'securitizing' asylum-seekers and refugees, has led to the strengthening and codification of several rights for these two categories of persons. However, the securitization of terrorism and the links that have been constructed between asylum, irregular migration and terrorism in the wake of the various terrorist attacks that have taken place in Europe in the last few years have had a significant impact on the ability of asylum-seekers to gain access to asylum systems in the EU. From a theoretical point of view, the book develops an original analytical framework that draws upon and further develops security studies - more precisely securitization theory - by connecting it to the literature on policy venues and venue-shopping. It therefore makes a significant contribution to the debates on both securitization and migration.

Empirically examining the entire development of the EU's policy towards asylum-seekers and refugees, from its origins in 1993, this book will be of great interest to students of European and EU politics, refugees, migration, security, terrorism and counter-terrorism, security studies and International Relations.

Other Editions - Refugees, Security and the European Union by Sarah Leonard 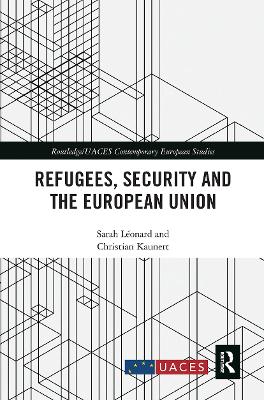 A Preview for this title is currently not available.
More Books By Sarah Leonard
View All