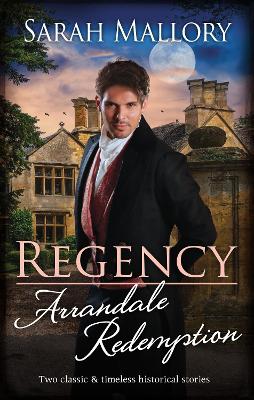 Return Of The Runaway

'It seemed such an adventure to elope...'

Lady Cassandra Witney once left behind everything she knew for love. Now, widowed, disillusioned and stranded in France, all she wants is to return to England, beg forgiveness of her family and forget about men forever!

But Cassie's resolve never to fall for a man again is tested when fugitive Raoul Doulevant offers to escort her on her journey. Infuriating he may be, but he's also honourable, brave and dangerously attractive! Perhaps Raoul could give this runaway the home she's been yearning for...

'I have come back to prove my innocence, if I can.'

Ten years ago, Wolfgang Arrandale was discovered standing over the body of his wife. Forced to run, he has lived as a fugitive ever since, doing anything to survive. But now the revelation that he's a father compels him to prove his innocence!

Parson's daughter, Grace Duncombe, is intrigued by the wild stranger who arrives one night seeking refuge. It's clear Wolf hides many secrets, but she's drawn to him like no other. And soon she must defend this honourable outcast whatever the cost!

A Preview for this title is currently not available.
More Books By Sarah Mallory
View All