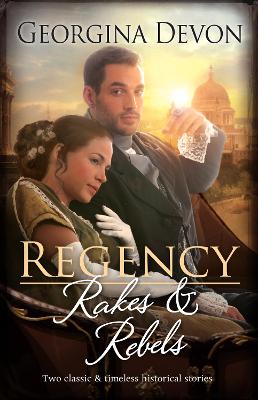 When Juliet Smythe-Clyde is forced tospend several nights in the devastatingly handsome Duke of Brabourne's house - unchaperoned - her reputation is in tatters. And despite his cynical nature, Brabourne can't help but feel sorry for her. So when all his strategies to restore her in society fail, he offers for her hand in marriage. But when the exasperating, flame-haired young woman agrees to be his wife to save her honour, will the notorious rake be reformed as he finds himself falling for his bride?

The Earl of Ravensford was used to getting what he wanted. Yet his mother's enchanting new companion, Mary Margaret O'Brien, turned down his offer - twice! - to make her his mistress. How could he convince her to be his - mind, body and soul?

It wasn't just pride, or even propriety, that caused Mary Margaret to deny the Earl. This powerfully attractive man tempted her more than she dared admit. But she feared the consequences when Ravensford discovered she was working for his mother under false pretenses...

A Preview for this title is currently not available.
More Books By Georgina Devon
View All