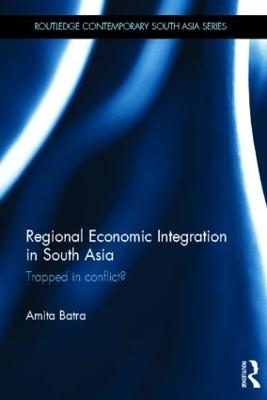 South Asia today is among the most unstable regions in the world riddled by both intra and inter-state conflict. The instability deprives the region of global economic prominence despite the impressive growth rates experienced in the last half decade, dynamism of the Indian economy and its rapid global trade integration. Promoting cooperation and peace is identified as an important input in overcoming the region's inability to translate the possible advantageous spillover effects of its growth dynamism and global trade integration to the region. This is the first study to undertake a full-fledged, comprehensive technical analysis of the economic integration/ trade -- conflict relationship for South Asia. The empirical analysis provides concrete indications of the extent to which enhancement of mutually beneficial economic interaction in the region, can lead to diminished conflict and hostilities and vice versa. Further, for long the emphasis in any analysis on the region has been on India-Pakistan elations as the sole explanatory factor for limited economic integration.
However, conflict in South Asia is far more complex a phenomenon and one that extends to beyond just India- Pakistan. This book will examine all the inter-state conflicts in South Asia. The formal modelling of conflict in South Asia in our analysis will be such as to not just capture episodes of violent conflict but also periods when attempts at mitigation of conflict and promoting cooperation through diplomatic efforts were made. In addition, as some countries in South Asia have alternately experienced democratic and military dictatorships, the implications of different political regimes for the economic integration-conflict relationship in the region will also be analyzed. 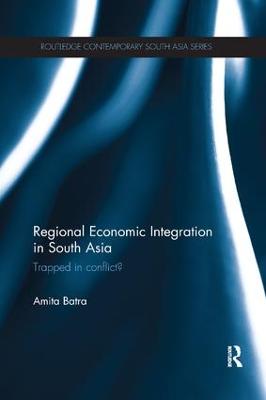 A Preview for this title is currently not available.
More Books By Amita Batra
View All