The religious landscape in Europe is changing dramatically. While the authority of institutional religion has weakened, a growing number of people now desire individualized religious and spiritual experiences, finding the self-complacency of secularism unfulfilling. The "crisis of religion" is itself a form of religious life. A sense of complex, subterraneous interaction between religious, heterodox, secular and atheistic experiences has thus emerged, which makes the phenomenon all the more fascinating to study, and this is what Religion in Contemporary European Cinema does. The book explores the mutual influences, structural analogies, shared dilemmas, as well as the historical roots of such a "post-secular constellation" as seen through the lens of European cinema. Bringing together scholars from film theory and political science, ethics and philosophy of religion, philosophy of film and theology, this volume casts new light on the relationship between the religious and secular experience after the death of the death of God.

Other Editions - Religion in Contemporary European Cinema by Costica Bradatan 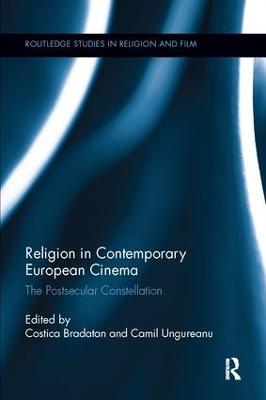 A Preview for this title is currently not available.
More Books By Costica Bradatan
View All