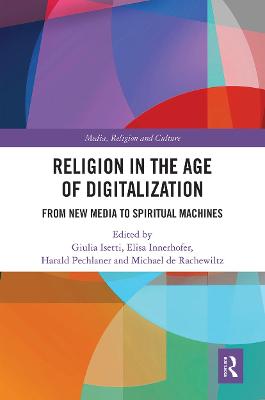 Religion in the Age of Digitalization: From New Media to Spiritual Machines

Description - Religion in the Age of Digitalization: From New Media to Spiritual Machines by Giulia Isetti

This book examines the current use of digital media in religious engagement and how new media can influence and alter faith and spirituality. As technologies are introduced and improved, they continue to raise pressing questions about the impact, both positive and negative, that they have on the lives of those that use them. The book also deals with some of the more futuristic and speculative topics related to transhumanism and digitalization.

Including an international group of contributors from a variety of disciplines, chapters address the intersection of religion and digital media from multiple perspectives. Divided into two sections, the chapters included in the first section of the book present case studies from five major religions: Christianity, Islam, Buddhism, Hinduism and Judaism and their engagement with digitalization. The second section of the volume explores the moral, ideological but also ontological implications of our increasingly digital lives.

Buy Religion in the Age of Digitalization: From New Media to Spiritual Machines by Giulia Isetti from Australia's Online Independent Bookstore, BooksDirect.

Other Editions - Religion in the Age of Digitalization: From New Media to Spiritual Machines by Giulia Isetti 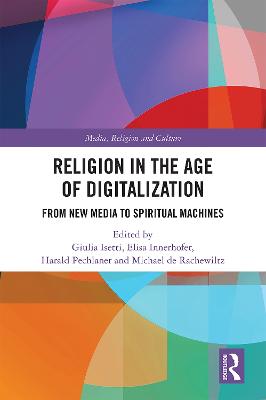 A Preview for this title is currently not available.
More Books By Giulia Isetti
View All