An honest and unvarnished memoir from Ireland's most successful and controversial living artist.

A fiercely honest and unvarnished autobiography from Ireland's most successful and controversial living artist.

Making his name as a Pop artist in the late 1960s and 70s, Robert Ballagh quickly achieved an international reputation. With little formal artistic training, he triumphed in his field despite often formidable hostility. His work was also strikingly topical and political, playing with classic images by Goya or Delacroix to express outrage about the situation in Northern Ireland.

But it is his series of realistic portraits of writers, politicians and fellow artists - often searingly inquisitive and moving in equal measure - that have won him lasting fame. His subjects include Brian Friel, Seamus Heaney, Samuel Beckett, James Watson, Francis Crick, Harold Pinter and Fidel Castro. And his remarkable self-portraits unsparingly document the process of his own ageing. This memoir is also a story of Ireland over the past sixty years, its violence, hypocrisy and immobility as well as its creativity and generosity.

Other Editions - A Reluctant Memoir by Robert Ballagh 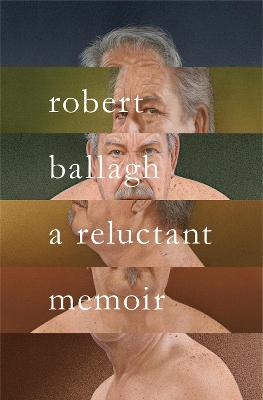 A Preview for this title is currently not available.
More Books By Robert Ballagh
View All