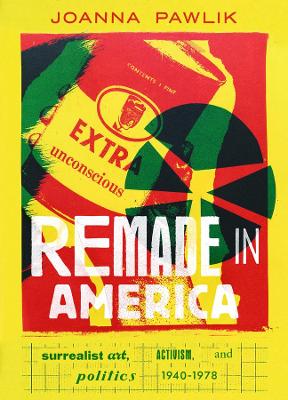 It is often assumed that surrealism did not survive beyond the Second World War and that it struggled to take root in America. This book challenges both assumptions, arguing that some of the most innovative responses to surrealism in the postwar years took place not in Europe or the gallery but in the United States, where artistic and activist communities repurposed the movement for their own ends. Far from moribund, surrealism became a form of political protest implicated in broader social and cultural developments, such as the Black Arts movement, the counterculture, the New Left, and the gay liberation movement. From Ted Joans to Marie Wilson, artists mobilized surrealism's defining interests in desire and madness, the everyday and the marginalized, to craft new identities that disrupted gender, sexual, and racial norms. Remade in America ultimately shows that what began as a challenge to church, family, and state in interwar Paris was invoked and rehabilitated to diagnose and breach inequalities in postwar America.