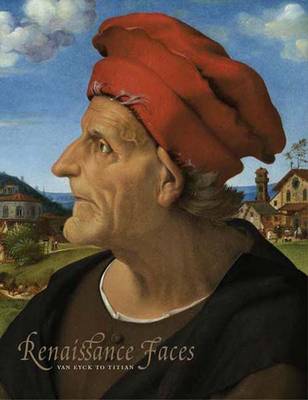 This comprehensive survey traces the development of portrait painting in Northern and Southern Europe during the Renaissance, when the genre first flourished. These two regions developed their own distinct styles and techniques but were also influenced by one another in fascinating ways. In essays that focus on the intriguing relationship between artists working in Italy and northern Europe, renowned specialists analyze the notion of likeness--which, during this time, was based not only on accurate reference for posterity but also incorporated all aspects of human life, including propaganda, power, courtship, love, family, ambition, and hierarchy--through magnificent works by artists including Giovanni Bellini, Sandro Botticelli, Lucas Cranach, Albrecht Durer, Jan van Eyck, Leonardo da Vinci, and Titian, among many others.

The authors address different portrait types, styles, techniques, and iconographies, and discuss the connections between painting and sculpture and portrait medals. This stunning book also addresses the evolution of the full-length portrait and the "anti-ideal" in counter-portraits, which depict court jesters and dwarves. In these often satirical representations, painters could show off their skills as recorders of likeness without the restrictions imposed by idealization.

A Preview for this title is currently not available.
More Books By Lorne Campbell
View All