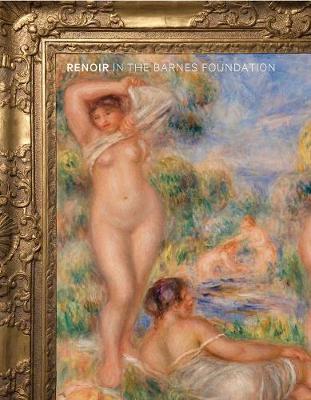 Renoir in the Barnes Foundation

Description - Renoir in the Barnes Foundation by Martha Lucy

The Barnes Foundation is home to the world's largest collection of paintings by Pierre-Auguste Renoir (1841-1919). Dr. Albert C. Barnes, a Philadelphia scientist who made his fortune in pharmaceuticals, established the Foundation in 1922 in Merion, Pennsylvania, as an educational institution devoted to the appreciation of the fine arts. A passionate supporter of European modernism, Barnes built a collection that was virtually unrivaled, with massive holdings by Paul Cezanne, Henri Matisse, and Pablo Picasso. But it was Renoir that Barnes admired above all other artists; he thought of him as a god and collected his work tenaciously, amassing 181 works by the painter between 1912 and 1942. All of these Renoirs are included in this lavishly illustrated book.

Renoir in the Barnes Foundation tells the fascinating story of Barnes's obsession with the Impressionist master's late works, while offering illuminating new scholarship on the works themselves. Authors Martha Lucy and John House look closely at the key paintings in the collection, placing them in the wider contexts of contemporary artistic, aesthetic, and theoretical debates. The first volume to publish the entirety of Barnes's astonishing Renoir collection, Renoir in the Barnes Foundation is also an engaging study of the artist's critical-and often contested-role in the development of modern art.

A Preview for this title is currently not available.
More Books By Martha Lucy
View All