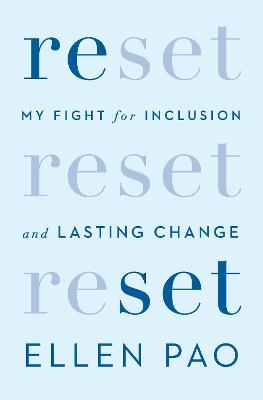 My Fight for Inclusion and Lasting Change

"Necessary and incisive," (Roxane Gay) this bold and fearless account reveals the toxic culture of Silicon Valley and for the first time tells the story of the discrimination case that " blew open a conversation about the status of women" (The New York Times) in the workplace.

She's been called "the face of change" (Time) and a "feminist hero" (Elle). Women from Hillary Clinton to Sheryl Sandberg to Anita Hill have publicly supported her. In 2015, Ellen Pao's trial against the powerhouse venture capitalist firm Kleiner Perkins shook up Silicon Valley and riveted the nation as she spoke out against the subtle and insidious discrimination women, people of color, and others experience daily in corporate America. When she lost her case, her supporters were outraged, but Pao resolved to keep fighting. As CEO of reddit, she moved to ban revenge porn and online harassment and called for tech companies to uphold their moral responsibility. Her experiences, including her fight in the courts against a monolithic opponent, are told here in jaw-dropping detail. After it all, Pao realized, we need to hit reset. Her account is the story of a whistleblower who aims to empower anyone who struggles to be heard, in Silicon Valley and beyond.