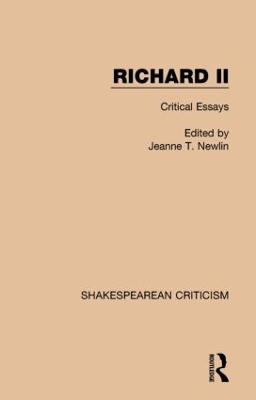 Originally published in 1984. The four parts of this collection of articles, from 1601 to the 1970s, look at the historical and political dynamics of the play, the play in the theatre, the psychology of its characters, and its poetry and rhetoric. Bringing together the best that was written about Richard II, this volume represents the collective wisdom of Shakespeare scholars and provides the most insightful criticism in one place. An unpopular play for many years due to the perceived weak main character and the theme of deposition, the play later gained popularity and interest in its psychology and political investigation. The poetry in particular has garnered enthusiastic response and is mentioned in most of the pieces included here. 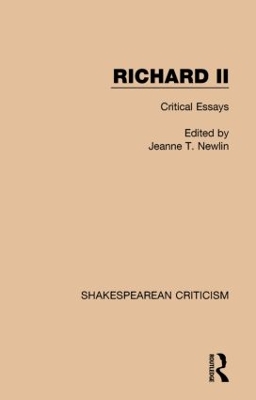 A Preview for this title is currently not available.
More Books By Jeanne T. Newlin
View All