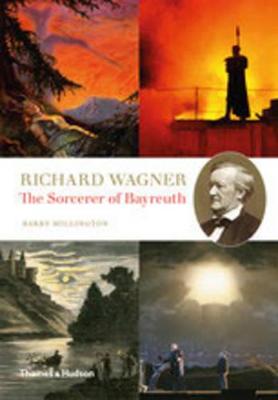 Richard Wagner: The Sorcerer of Bayreuth

Description - Richard Wagner: The Sorcerer of Bayreuth by Barry Millington

Published in the run-up to the 200th anniversary of the composer's birth in 2013, and written by one of the most distinguished Wagner scholars in the world, this will be the Wagner book of the bicentenary. Richard Wagner (1813-1883) is one of the most influential - and also one of the most polarizing - composers in the history of music. Over the course of his long career, he produced a stream of spellbinding works that challenged musical convention through their richness and tonal experimentation, ultimately paving the way for modernism. This book presents an in-depth but easy-to-read overview of Wagner's life, work and times. Making use of the very latest scholarship - much of it undertaken by the author himself in connection with his editorship of The Wagner Journal - Millington reassesses received notions about Wagner and his work, demolishing ill-informed opinion in favour of proper critical understanding. It is a radical - and occasionally controversial - reappraisal of this most perplexing of composers. The book considers a whole range of themes, including the composer's original sources of inspiration; his fetish for exotic silks; his relationship with his wife, Cosima, and with his mistress, Mathilde Wesendonck; his anti-semitism; the operas' proto-cinematic nature; and the turbulent legacy both of the Bayreuth Festival and of Wagnerism itself. The volume's arrangement - unique among books on the composer - combines an accessible text, intriguing images and original documents in carefully co-ordinated sections, thus ensuring a consistently fresh approach.

A Preview for this title is currently not available.
More Books By Barry Millington
View All