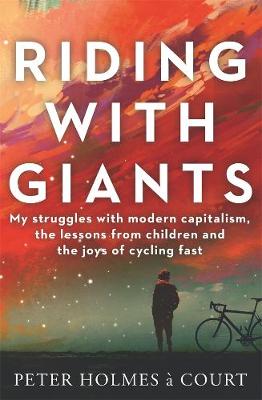 Description - Riding With Giants by Peter Holmes a Court

A story about the nature of work, the science of bicycles and the wisdom of children.
International businessman Peter Holmes Court left the executive world and found himself living deep in rural France with only his seven-year-old twin girls for company.
Peter was struggling as a single father in a foreign country - unsettled by the sudden move away from a traditional job, and completely baffled by the society around him. His only plan- to ride L'Etape du Tour, the challenging amateur leg of the Tour de France. In an effort to find some new friends in the community - and a bike for the race - he discovered the region's small bicycle factory.
He was soon spending his days there- photographing his custom bike being built, meeting the locals, and learning about the rich traditions of artisan craftsmanship. Trying to enjoy the simple things and become a better father, Peter slowed down, and started to reflect seriously on history, industry and the structure of our modern economy. He and his daughters finally began to put down roots and understand the beauty and calm of a small-scale existence - and a very different approach to excellence and the well-lived life.
This is one man's compelling, informative and funny story about the wisdom of children, the nature of work today, and the science of bicycles.

Other Editions - Riding With Giants by Peter Holmes a Court 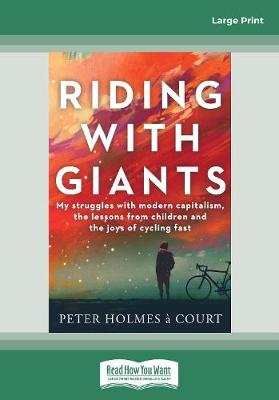 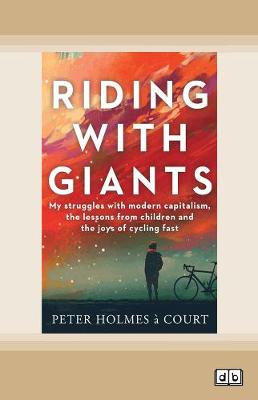