The Right to Self-determination Under International Law

"Selfistans," Secession, and the Rule of the Great Powers

This book proposes a novel theory of self-determination; the Rule of the Great Powers. This book argues that traditional legal norms on self-determination have failed to explain and account for recent results of secessionist self-determination struggles. While secessionist groups like the East Timorese, the Kosovar Albanians and the South Sudanese have been successful in their quests for independent statehood, other similarly situated groups have been relegated to an at times violent existence within their mother states. Thus, Chechens still live without significant autonomy within Russia, and the South Ossetians and the Abkhaz have seen their conflicts frozen because of the peculiar geo-political equilibrium of power within the Caucuses region.

This book will be of particular interest to academics and students of law, political science and international relations. 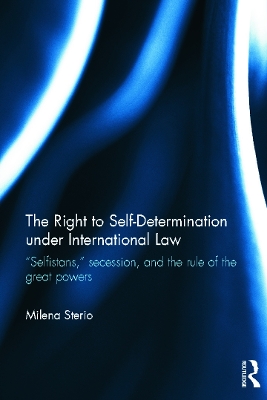 A Preview for this title is currently not available.
More Books By Milena Sterio
View All