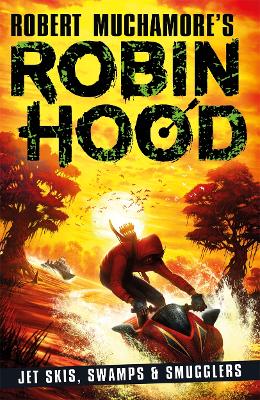 There's a price on Robin's head, one that has attracted a gang of ruthless mercenaries who are determined to track him down and hand him over to Guy Gisborne. So Robin is hiding out by the sea, but trouble has a way of finding him. Before long he is helping to rescue refugees and trying to avoid the attentions of Customs and Immigration officials. Then he and Marion discover a people-smuggling operation: desperate people brought into the country to work in slave-like conditions making cheap goods. It's only a matter of time before the two of them are trying to find out who is behind it - and Robin is again making the headlines with spectacular raids on the rich and powerful.