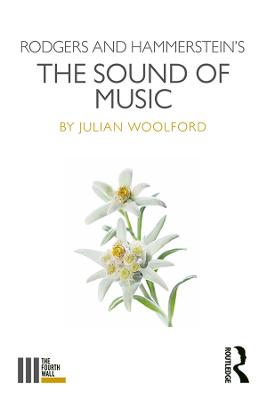 Rodgers and Hammerstein's The Sound of Music

Description - Rodgers and Hammerstein's The Sound of Music by Julian Woolford

'Blossom of snow may you bloom and grow,

Often dismissed as kitsch sentimentalism, Rodgers and Hammerstein's The Sound of Music has proven an enduringly popular and surprisingly influential cultural icon, both within the field of musical theatre and the wider world. The Broadway production won five Tony Awards, the London production became the longest-running West End musical, and the movie version was the highest-grossing film of all time. This book examines how the musical heralded the end of an era on Broadway; its reinvention of history and biography; how the film has influenced future stage productions; the ways in which it put child performers centre stage; and how, nearly 60 years after its stage debut, the musical still has a direct impact on the modern world, from the United States to the Middle East.

In this series of short essays, Julian Woolford re-examines the musical from seven different perspectives, revealing the ways in which it continues to impact the 21st century.

A Preview for this title is currently not available.
More Books By Julian Woolford
View All