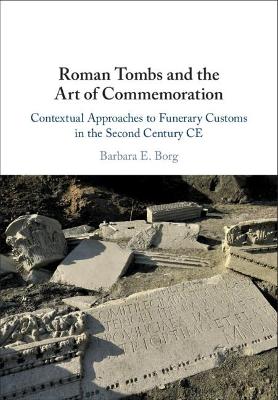 Roman Tombs and the Art of Commemoration: Contextual Approaches to Funerary Customs in the Second Century CE

Description - Roman Tombs and the Art of Commemoration: Contextual Approaches to Funerary Customs in the Second Century CE by Barbara E. Borg

The history of funerary customs in Rome contains many unanswered questions and controversial debates, especially concerning the significant developments of the second century CE. In this book, distinguished historian Barbara E. Borg employs the full range of material and written evidence to explore four key questions that change our view of Roman society and its values. For the first time, senatorial burial practices can be reconstructed and contrasted with those of other classes. Borg then explains the change from incineration to inhumation as a revival of old Roman mores that accelerated after the example set by Hadrian. In the third chapter, she argues that tombs became prime locations for promoting and displaying long family lines among the elite, which then inspired freedmen to undertake similar commemorative practices. Finally she explores the association of deceased persons with the divine and apotheosis through portraits on divine body shapes and temple tombs.

A Preview for this title is currently not available.
More Books By Barbara E. Borg
View All