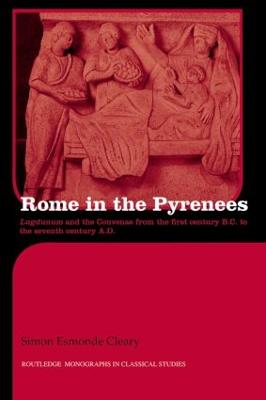 Rome in the Pyrenees

Lugdunum and the Convenae from the First Century B.C. to the Seventh Century A.D.

Description - Rome in the Pyrenees by Simon Esmonde-Cleary

Rome in the Pyrenees is a unique treatment in English of the archaeological and historical evidence for an important Roman town in Gaul, Lugdunum in the French Pyrenees, and for its surrounding people the Convenae. The book opens with the creation of the Convenae by Pompey the Great in the first century B.C. and runs down to the great Frankish siege in A.D. 585 and its aftermath.

Now the town of Saint-Bertrand-de-Comminges, Lugdunum is one of the best-known Roman towns in Gaul, with a rich selection of monuments at the town itself and important remains in the countryside, such as the classic villa at Montmaurin or the votive altars, cinerary caskets and sarcophagi in the local marble. The book traces how the Convenae used their marble to help create their identity, invisible before Pompey but amongst the richest and most distinctive in Gaul by the second century A.D.

Drawing on his own excavations at Saint-Bertrand and the extensive earlier and recent work there, Simon Esmonde Cleary combines a clear description of the buildings and monuments of Lugdunum and of its countryside with a discussion of what they can tell us about the impact of Rome on this remote corner of its empire.

This book will be extremely valuable to ancient historians, classicists and students of Roman archaeology, and contains a guide to the visible Roman remains of the area.

Other Editions - Rome in the Pyrenees by Simon Esmonde-Cleary 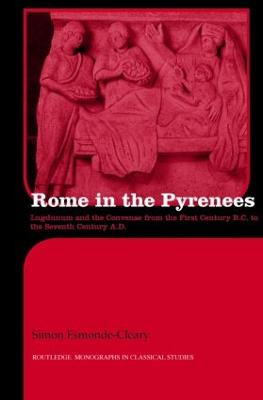